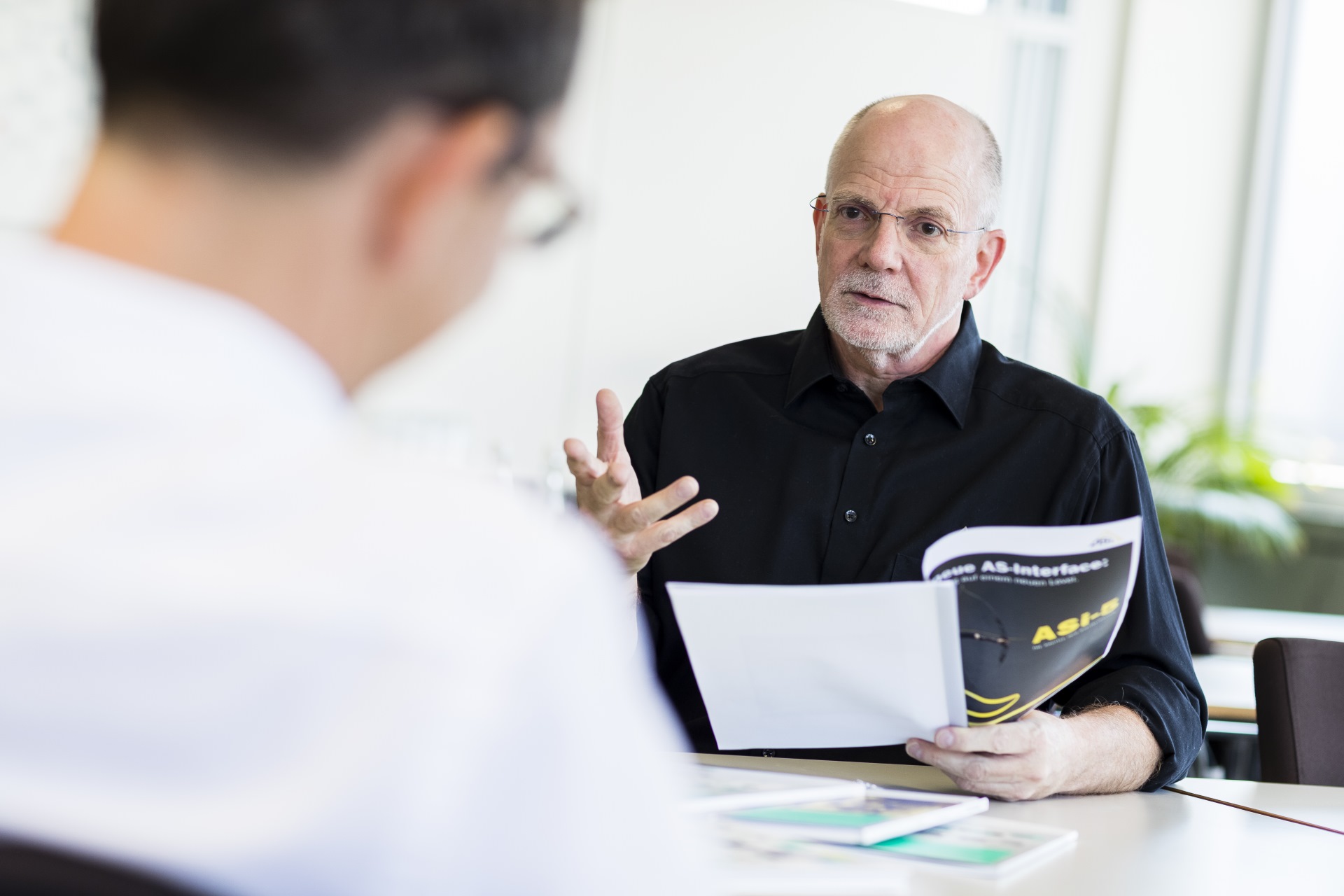 What will ASi‑5 change for users compared to the previous AS‑Interface standard?
First, we want to emphasize the fact that the new generation will keep all of the tried-and-tested benefits of AS‑Interface. In other words, AS‑Interface will continue to be a simple and cost-effective wiring, data communication, and power solution based on the familiar flat cable with reverse polarity protection and simple piercing technology. With ASi‑5, we will increase the data bandwidth and create more flexibility for communication. The current AS‑Interface occasionally reaches its limit when transmitting comprehensive diagnostic and parameter data. The data that is increasingly being generated in the Industry 4.0 era and concepts like predictive maintenance cannot be transferred at the volume and speed necessary for them to be used efficiently. With ASi‑5, we want to significantly enhance the existing standard and raise the process data bandwidth from a maximum of 4 to 16 bits per device. The new specification also allows IO-Link sensors to be integrated into AS‑Interface, making ASi‑5 suitable for future requirements.

Can you speak more about the new transmission methods?
With time-division multiplexing, you can determine how often or in what cycle a device communicates with the gateway. ASi‑5 allows us to implement what are known as subcycles, each lasting 1.2 ms. Four subcycles account for one ASi‑5 cycle. The customer now has the option to determine whether a device updates its data in each subcycle—so every 1.2 ms—or only in every fourth subcycle, for instance. If a device is set to communicate in every subcycle, the maximum number of devices that can be connected to a segment will be reduced. Users can therefore choose whether to connect 24 devices that communicate every 1.2 ms, or 96 devices that update every 5 ms. Frequency-division multiplexing refers to transport channels (TC), which each process 16 bits. One of these transport channels is made available to each ASi‑5 device so that it can transfer data. However, frequency-division multiplexing also allows a device to use up to four of these channels to transfer more data. Each individual device can be easily combined with time-division and frequency-division multiplexing to transfer up to 32 bytes per device. It is worth noting that the new method can be easily combined with the established, trusted ASi-3 transmission method on the same flat yellow cable. This backward compatibility with ASi‑3 was a key requirement when development of the ASi‑5 specification began. 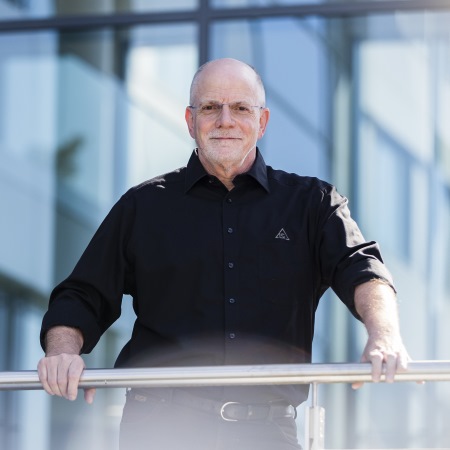 Surely the increased data bandwidth and communication flexibility contradicts the basic principle of an easy-to-use AS‑Interface?
Usability is and will remain simple. Just like before, the ASi‑5 gateway controls all communication within the AS‑Interface network and transmits the information via higher-level fieldbuses such as PROFINET and EtherNet/IP to a central control system or via an Edge Gateway to the cloud. At the same time, the ASi‑5 gateway checks whether the device actually wired in the field match the planned devices. The gateway generates an error message if an error is detected. This feature even makes it easier to commission a facility since wiring errors can be reliably detected. The technical subtleties of frequency-division multiplexing and time-division multiplexing are built into the new ASi‑5 ASICs, and everything stays the same for the customer.

What will happen to existing AS‑Interface devices when ASi‑5 products become available?
The greatest advantage of ASi‑5 is that it’s completely backwards compatible. The introduction of ASi‑5 devices will have no negative impact on existing AS‑Interface networks. Users can operate both ASi‑5 devices and ASi‑3 devices on an ASi‑5 combi gateway at the same time. This feature is part of our efforts to make enhancements and conversion to ASi‑5 as easy as possible for customers. After all, the new ASi‑5 generation is designed to continue meeting customers’ needs while also delivering the same familiar advantages.