The South African Care for Wild Rhino Sanctuary is committed to the rescue and protection of rhinos. The rugged industrial-grade tablets of the Tab-Ex® series from the Pepperl+Fuchs brand ecom are used by rhino monitors to continuously monitor rhino orphans, therefore contributing to the protection and preservation of the rhino population.

Along with elephants, lions, buffalo, and leopards, rhinos are (still) one of the "Big Five" animals that every traveler to Africa would love to see in real life on a safari. However, they are also on the Red List of endangered species worldwide. Their evolution dates back almost 50 million years to prehistoric times. Rhinos can weigh up to 3.5 tons, making them one of the last large herbivores.

Worldwide, there are only a few tens of thousands of rhinos left, as they often fall victim to poaching for their horns. The last African rhino populations are found in Eastern and Southern Africa, where the animals are mainly found in reserves. Although numerous protective measures have been taken in these areas, poaching of rhinos has still not been completely eliminated.

When a mother rhino is killed by poachers, her calf has little chance of surviving in the wild. South Africa's Care for Wild Rhino Sanctuary is dedicated to rescuing, rehabilitating and releasing rhino orphans. The extremely rugged industrial tablets of the Tab-Ex series from the Pepperl+Fuchs brand ecom are used by the animal conservationists in their daily work to continuously monitor the rearing and release of rhino orphans, therefore helping to protect and preserve the rhino population. 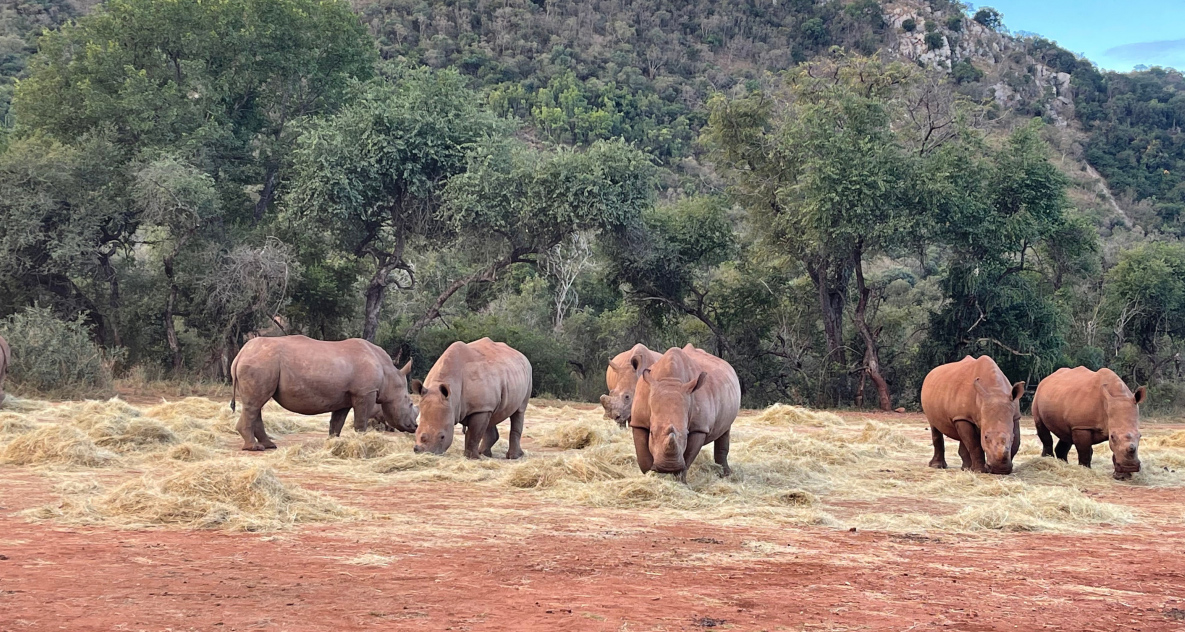 A group of rhinos at the Care for Wild Rhino Sanctuary in South Africa.

"Over the past decade, we have had extremely high losses due to poaching. We had to take in up to six orphaned rhino calves per month. Fortunately, that number has now dropped somewhat," says Samuel Cilliers, Tech Manager at Care for Wild Rhino Sanctuary.

The South African organization Care for Wild is the largest of its kind in the world dedicated to rescuing and protecting orphaned rhinos. Orphaned rhino calves are brought to the sanctuary from various reserves, including the famous Kruger National Park.

"The rhinos—mostly calves only a few months old—are usually spotted by rangers or safari tourists and then brought to us by helicopter," says Samuel Cilliers, explaining the usual procedure. "Without the mother’s protection, the small rhinos are easy prey for lions and hyenas. They often come to us in a terrible condition, completely dehydrated and with severe injuries. So our first task is to give them veterinary treatment in our intensive care unit to save their lives." 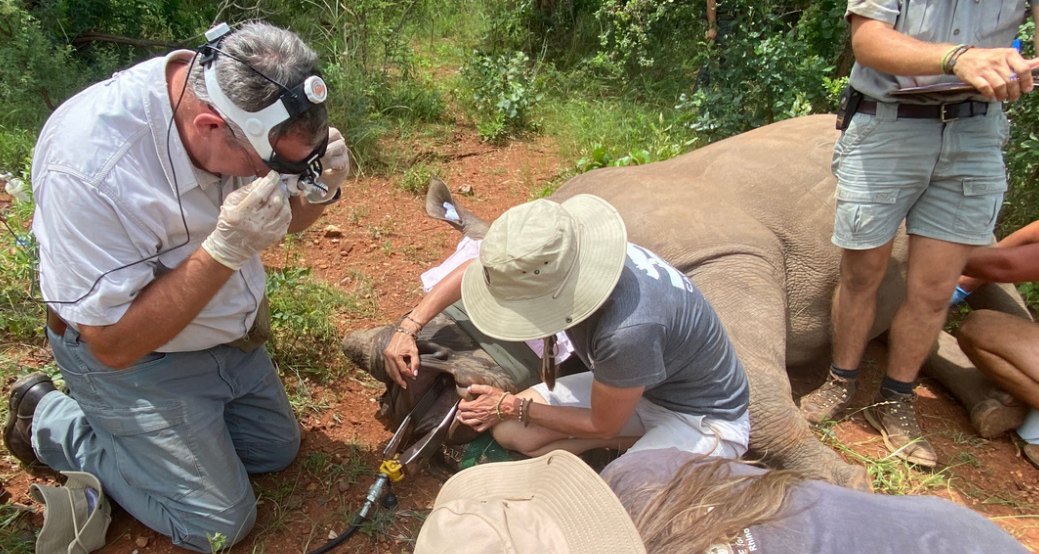 After acute care, the calves are further nurtured in the rehabilitation area of the Care for Wild station. There they also meet other rhino orphans and can develop their natural social behaviors. This social contact also helps the young rhinos in the following phases: after successful rehabilitation, they are relocated to a larger protected area where they take their first steps into an independent life in the wild. Initially, they remain in a 350-hectare intensive protection zone, where they are closely monitored by specially trained Rhino Monitor staff. They continuously monitor the animals’ health and behavior, recording all information in a database using smart devices and an integrated software system.  After successfully completing the final phase of the rehabilitation process, the rhinos are released into a reserve, where they are free to roam in an area of 28,000 hectares.

At Care for Wild Rhino Sanctuary, each individual rhino has its own digital record that contains a large amount of extremely important data. "We collect a lot of data on the rhinos, such as diet, weight, biometrics, medical history, movement, behavioral observations, and group dynamics," explains Tech Manager Samuel Cilliers. "These data provide invaluable insights into how orphaned rhinos can be successfully rescued, rehabilitated, and released into the wild." Analysis of the data is also extremely important for the reintroduction phase, providing information on reproductive success, changes in group dynamics, and the development and establishment of the rhinos’ social hierarchy. 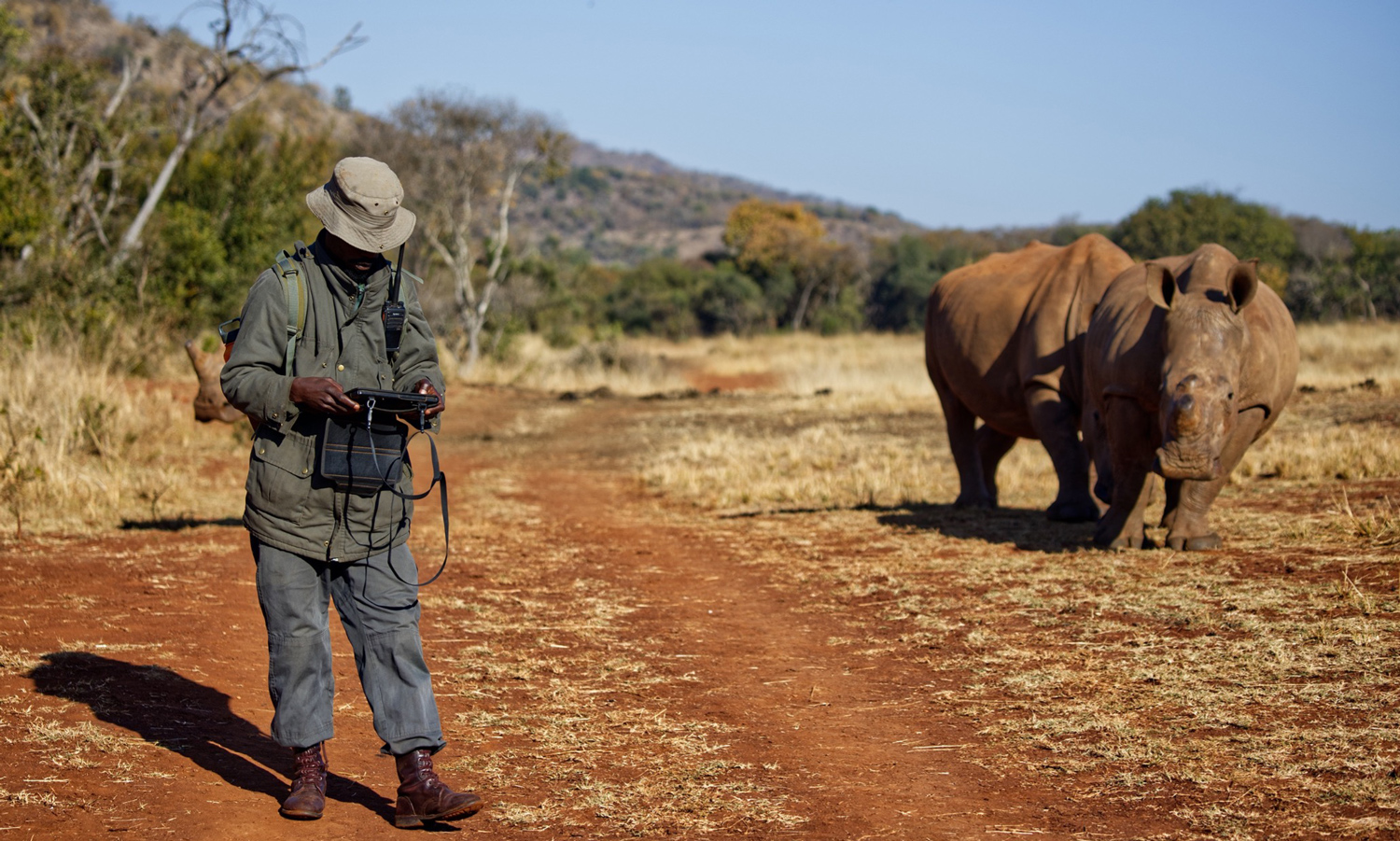 The data is sent directly to a database that provides comprehensive information about each of the calves. Monitoring and comprehensive data collection requires reliable technology that can withstand the daily rigors of the wild. The Rhino Monitors use the rugged Tab-Ex series tables from the Pepperl+Fuchs brand ecom for this purpose.

"The Tab-Ex is actually designed for use in tough conditions, from harsh industrial environments to hazardous areas such as the chemical, mining, and oil and gas industries including petrochemical and refineries," explains Patience Moiloa, Internal Sales Engineer for Explosion Protection at Pepperl+Fuchs in South Africa. "These smart devices are used for a variety of IIoT applications. Extreme weather, dust, and precipitation do not affect these extremely robust industrial-grade tablets. Such ambient conditions are also part of the everyday life of the Rhino Monitors when observing young rhinos in the African wilderness. That's why Pepperl+Fuchs donated four Tab-Ex series tablets to Care for Wild and helped connect the devices to the sanctuary’s database," says Patience Moiloa. 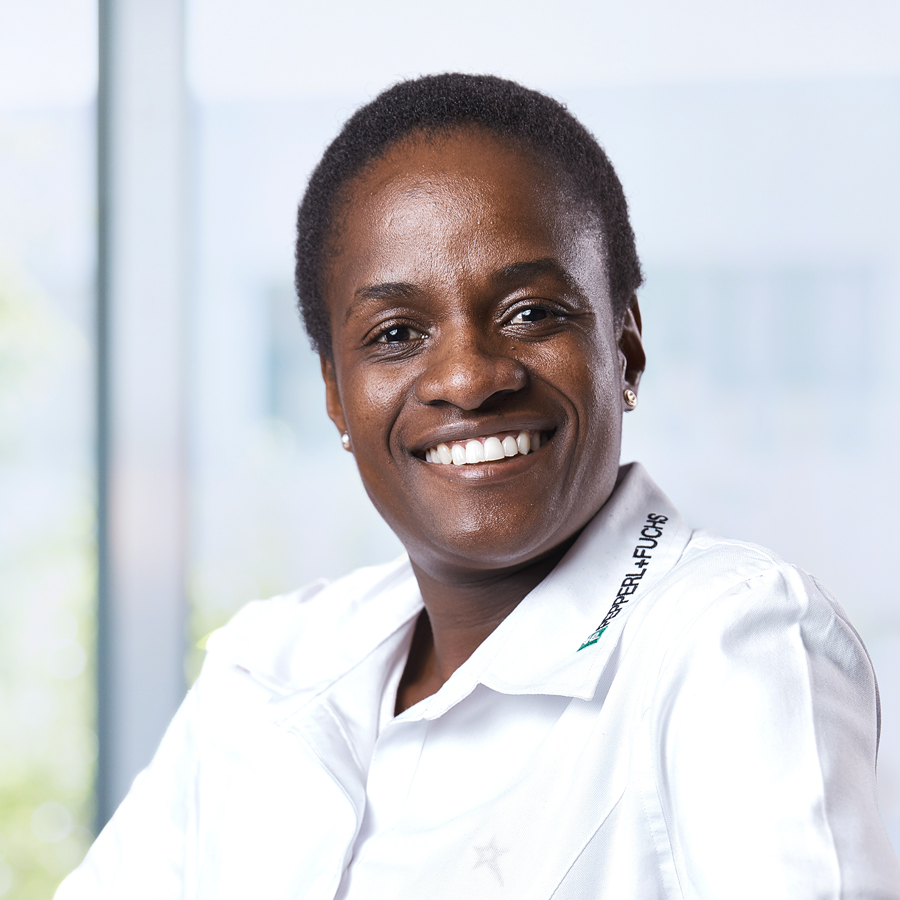 Extreme weather, dust, and precipitation do not affect these extremely robust industrial-grade tablets. Such ambient conditions are also part of the everyday life of the Rhino Monitors.

"The rugged tablets are a great help in our daily work. For us, the smart devices are invaluable and have completely changed the way we monitor our rhinos," says Samuel Cilliers. "We can also enrich the data we collect with photos taken directly on the tablets during our observation tours of the reserve. In addition to the extensive data records on the rhinos, this allows us to document other important information or send messages with minimal effort." For example, sightings of other rare animals in the area, damaged fences or trails can be reported so repairs can be addressed. In areas where a cellular network is available, the information is transmitted immediately via GSM. In the Care for Wild station, tablets can also be connected to the database via Wi-Fi. 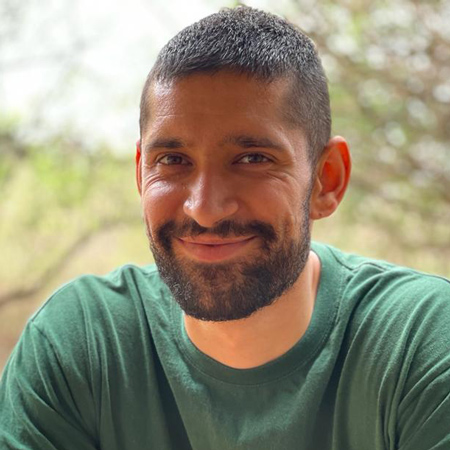 The rugged tablets are a great help in our daily work. For us, the smart devices are invaluable and have completely changed the way we monitor our rhinos. 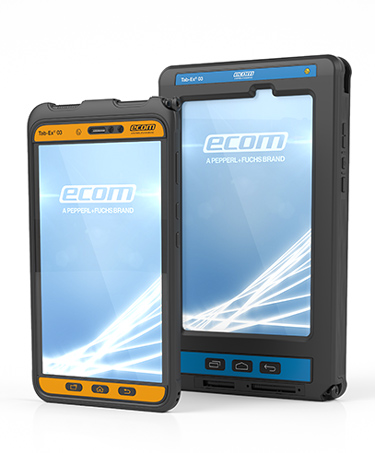 Technologies Used in the Preservation of Rhino Populations

Many of Care for Wild's existing standard operating procedures have evolved over the years of monitoring and recording observations and analyses. Continuous digital information is not only useful in monitoring an individual rhino—historical data also serves as a reference point for new arrivals, such as assessing the age of a calf or treating wounds and injuries.

The data collected and best-practice protocols for rhino rescue, rehabilitation, and care also allow Care for Wild to assist and advise other organizations on rhino care as a center of expertise.

Last but not least, the tablets enable the reporting of indications of possible poaching activities, including suspicious vehicles or signs of trespassing in protected areas. These reports are relayed to special ranger units, some of which patrol on horseback or use trained tracking dogs. Drones and thermal imaging cameras are also used to stop illegal activity as quickly as possible. These significant efforts by the state and park authorities are intended to further curb poaching.

And there is good news: "Recently, we celebrated the birth of the first rhino calf descended from orphaned rhino parents," says Samuel Cilliers. "We didn't know how the young mother rhino would behave toward her calf because she had never had older mothers as role models in her life. But it seems that instinct steered her in the right direction. Not only that, but just two weeks later, another rhino calf was born, also from two rhino orphans. The data our Rhino Monitors collected using the tablets shows that the two young rhino families are doing very well!" This gives us hope that our efforts will pay off and that we will eventually be able to talk about a recovering rhino population. 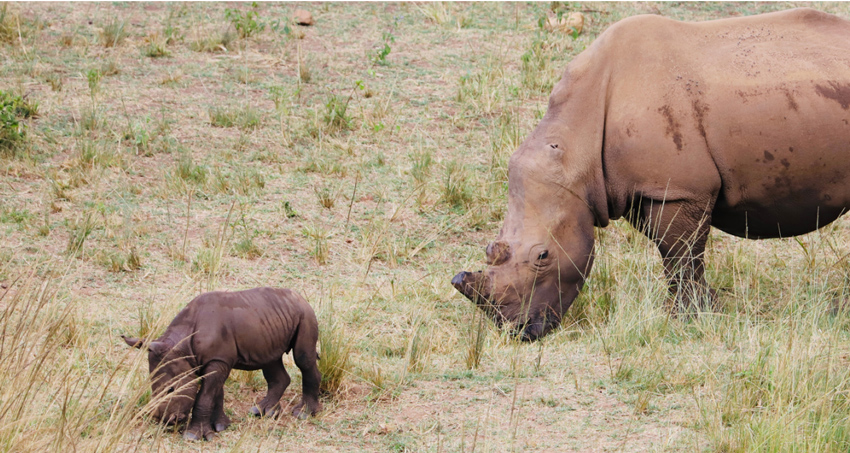 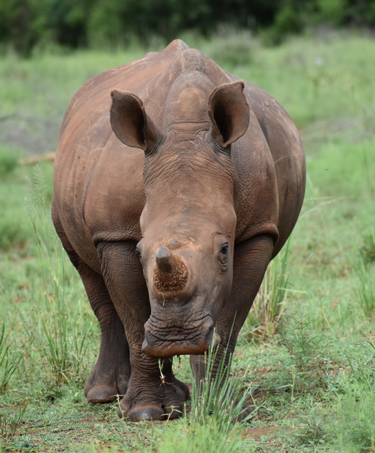 Pepperl+Fuchs Supports the Rescue of Rhinos in South Africa

During the opening of the South African subsidiary in Johannesburg in 2015, the managing board of the Pepperl+Fuchs Group became aware of the ever-increasing number of rhinos being poached and decided to actively contribute to the protection of rhinos in South Africa. In the same year, Pepperl+Fuchs "adopted" a small rhino named Oz to support its rearing and later reintroduction.

Oz arrived at Care for Wild Rhino Sanctuary from the world-famous Kruger National Park in 2015 as an orphaned rhino, aged just four months. Today, Oz is an adult bull rhino weighing a respectable one ton or so and lives on a reserve. Of course, Oz is still part of the Pepperl+Fuchs family, even though he has been released back into the wild.


All about Care for Wild Rhino Sanctuary in South Africa