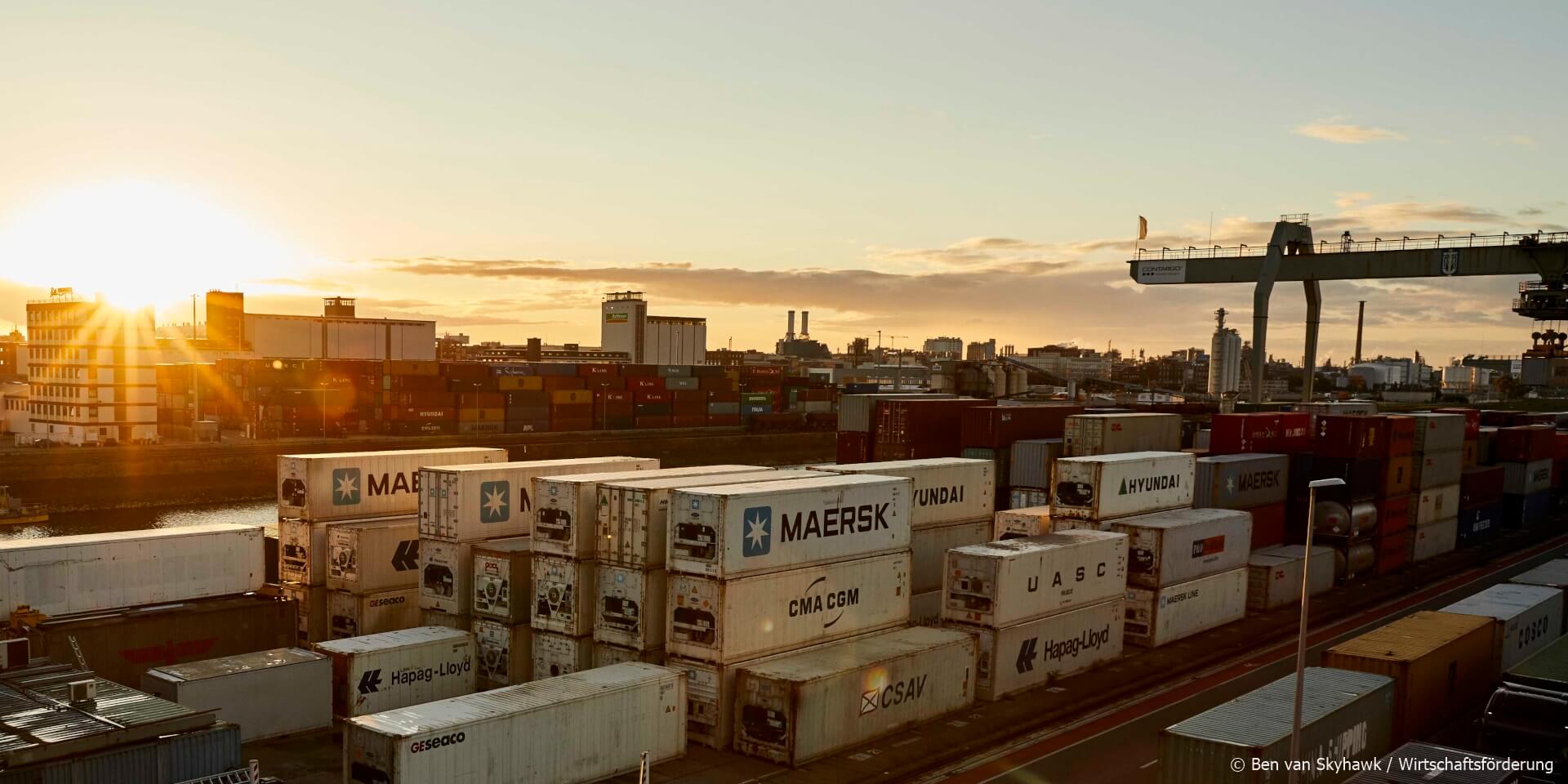 On the northernmost edge of Baden-Württemberg—just a stone's throw away from the state border with Hesse—lies the city of Mannheim. The "City of Squares" has more to offer than just chocolate and hops; it is also the­­­ birthplace of many notable inventions and innovative technologies that have had a lasting impact on the world. The first bike, the first car, and—last but not least—the inductive proximity sensor were all invented in Mannheim and went on to become international success stories. Thanks to the city's many higher education institutions, the foundation is also in place for future innovations. Join us on a journey through Mannheim to learn more about the city's history and the relationship between Pepperl+Fuchs and the City of Squares. 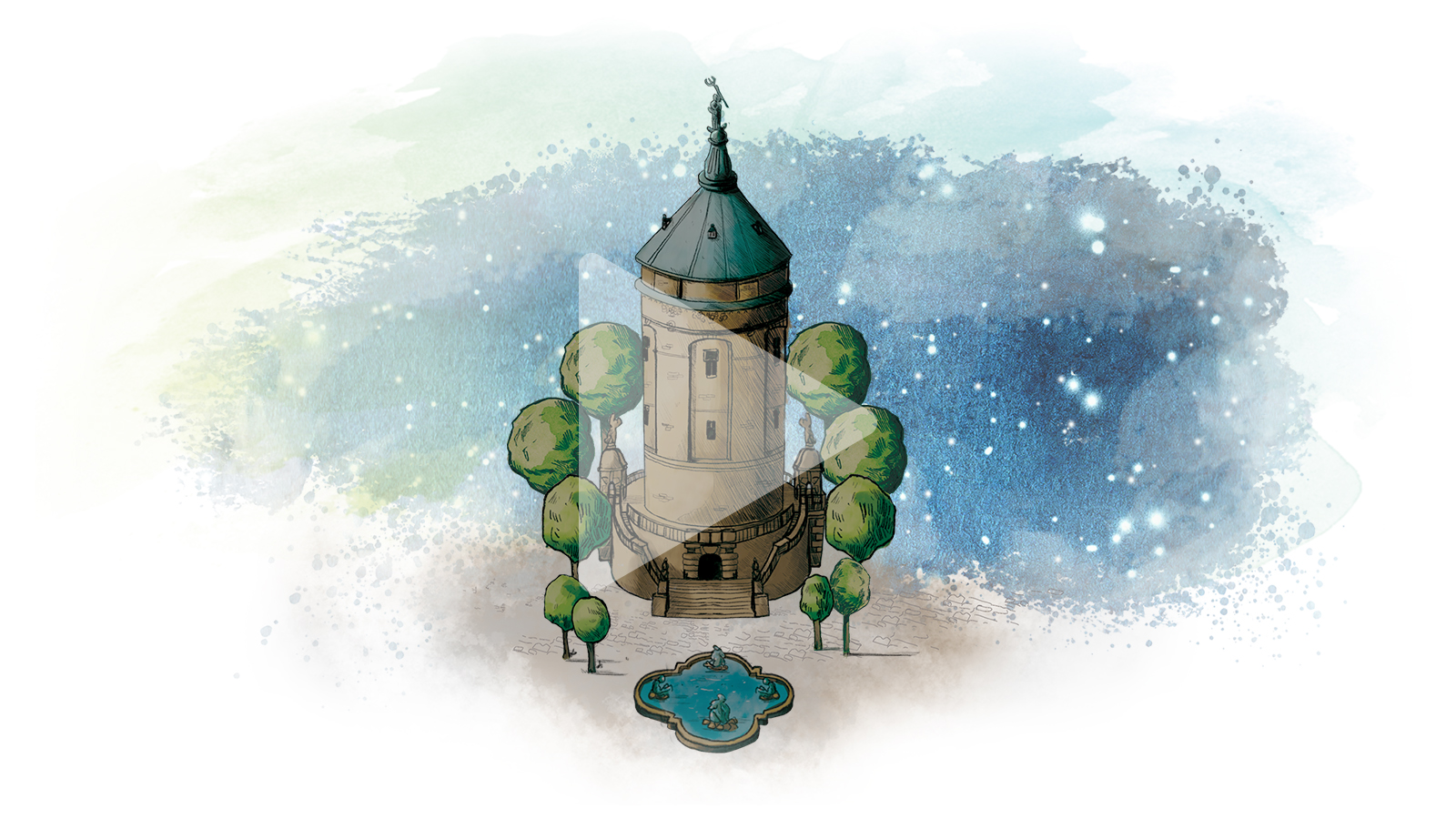 Join us on a time travel through the history of Mannheim: Click on the picture of the water tower above and learn more about interesting inventions and people of Mannheim.

From City of Squares to University Town

Mannheim, also known as the "City of Squares” due to the unique grid pattern of its streets, is located at the confluence of the Rhine und Neckar rivers, whose banks invite locals to pause and linger where the famous German playwright Friedrich Schiller also must have spent many a balmy summer evening. Although it was devastated during the Second World War, you can still get a sense of the baroque glory in this city, the former home of the prince-elector of the Palatinate. Featuring an extraordinary cityscape comprising 144 squares and numbers instead of street names, the city center is home to the University of Mannheim. This former technical institute has held the title of university since 1967, and offers numerous opportunities for study across five faculties. Thanks to its excellent reputation and close partnership with the University of Heidelberg, nowadays more than 10,000 students from over 100 countries choose to study there. Together with the neighboring technical colleges, these institutions form the basis of Mannheim's future as a center for trade and industry.

For Ying Li, R&D Engineer for Hardware and Software at Pepperl+Fuchs, these were also crucial factors in her decision to study in Germany. "After completing my Bachelor's degree in China, I wanted to learn a foreign language as part of my professional development. Back then I chose German, since in China ‘Made in Germany’ is practically a brand in itself. So I travelled to Germany for a language course and stayed on for the Master's program." While studying at the University of Mannheim, Li eventually became aware of Mannheim-based Pepperl+Fuchs: "I was looking for an opportunity to complete a hands-on Master's thesis, and one of my professors at the time recommended Pepperl+Fuchs. I really enjoyed the atmosphere while I was working on my thesis, and I've had a permanent job at the company since July 2017." 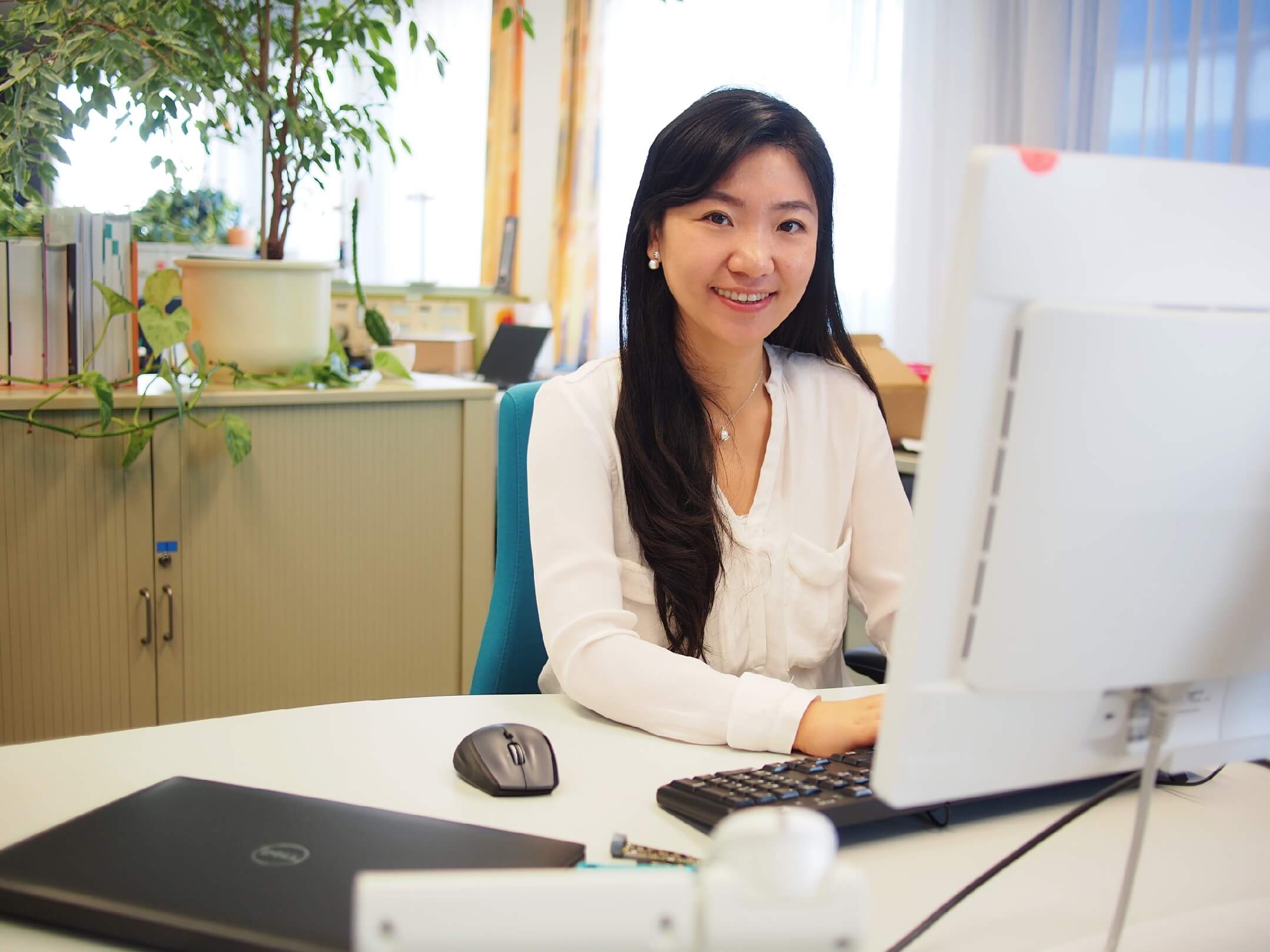 After completing my Bachelor's degree in China, I wanted to learn a foreign language as part of my professional development. Back then I chose German, since in China ‘Made in Germany’ is practically a brand in itself.

Ying Li, R&D Engineer for Hardware and Software at Pepperl+Fuchs

But it is not just the students who have made Mannheim into a major hub for business and industry in Europe; it is also the workers who continue to shape the city after helping revive its economy. This "workers' city" has become a symbol of the German melting pot, where almost 319,000 people from 170 countries live alongside one another. Regular festivals are held to celebrate the city's cultural diversity and create a sense of community. It is not uncommon for exotic aromas to waft through the city's streets, inviting you to try new dishes or indulge in a traditional princely feast.

In addition to the city's multicultural image, Mannheim has also proven to be a "global player" among German cities, featured regularly at the top spots of economic rankings. One of the reasons for this may be the fact that shipping and trading by sea have been fundamental pillars of Mannheim's economic prosperity ever since the High Middle Ages. This harbor town is still one of the most important inland ports in Europe; with 8.6 million tons of goods processed, it is the second-largest inland port in Germany. The fact that the city also enjoys excellent access to important infrastructure is another crucial factor. Frankfurt and its international airport are located nearby, and links to all major European transport hubs are a short distance from the city. The economic boom in Mannheim is also becoming increasingly clear from its employment figures. The number of companies based in the city increased from 6,800 in 2006 to over 8,000 in 2017, while employment had also risen 23.4 percent by 2016, putting it 4.7 percent above the national average. So it comes as no surprise that large companies have settled in Mannheim and the surrounding areas, and enjoy steady growth as a result of these factors.

But it was not Mannheim's economic appeal that made Walter Pepperl and Ludwig Fuchs decide to establish their small radio workshop there. "Walter Pepperl had Sudeten German heritage, while his wife came from Bavaria. Ludwig Fuchs also came from Bavaria, and it was love that led him to Mannheim," explains Pepperl's granddaughter Monika Müller-Michael, who, along with Michael Fuchs Jr., is the third generation to take charge of the family business. "So the move to Mannheim was not for strategic reasons, but because two people loved each other." For both families, this love has grown into a deep attachment to the region, and they remain faithful to the city to this day—and to Pepperl+Fuchs.

Müller-Michael also shares this feeling of connection to the City of Squares: "Mannheim is authentic, honest, and has a very special mentality. It's my home. I love coming back here. I always say to people who move here: 'Mannheim is love at second sight. You just need to get to know the city and then you won't ever want to leave." 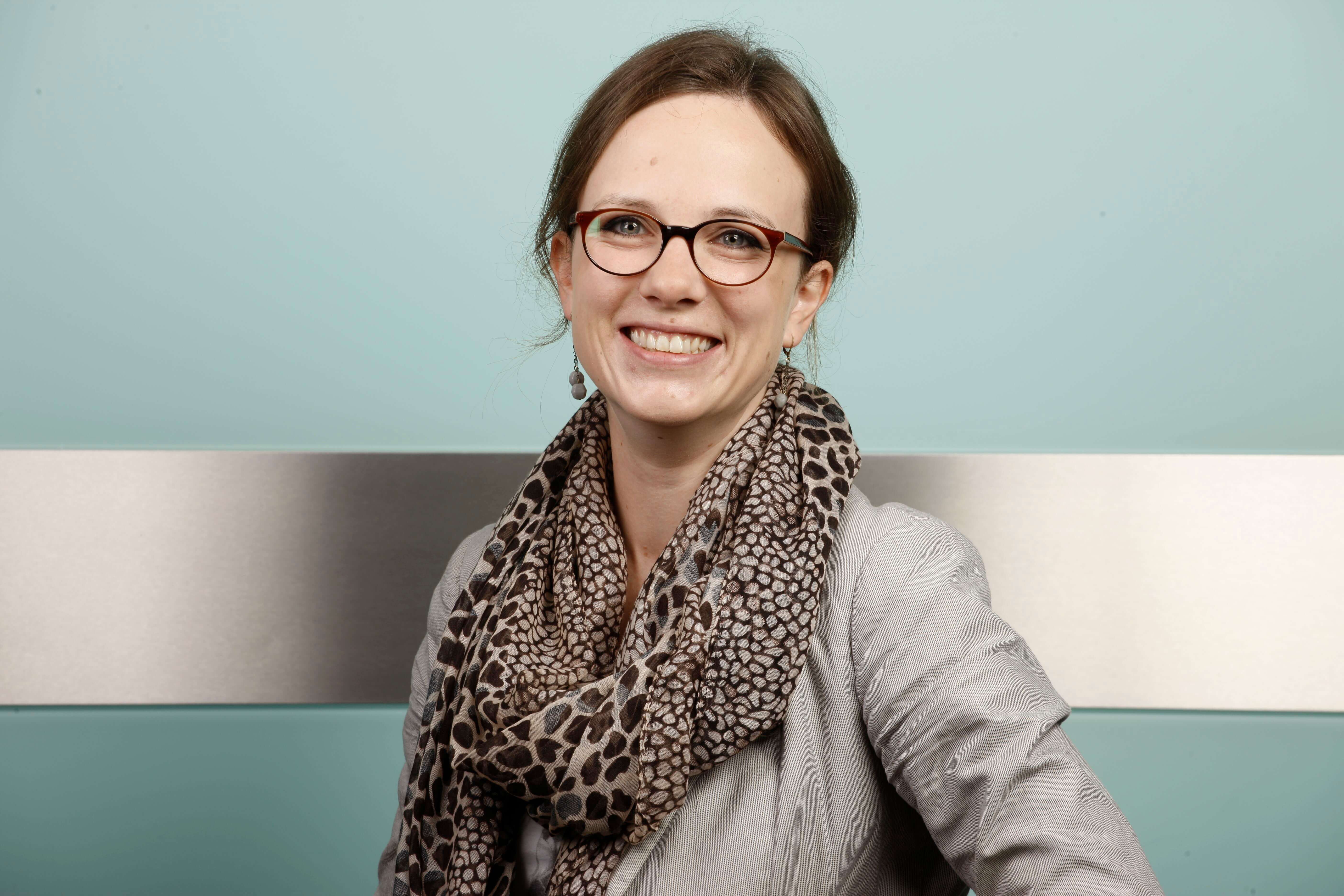 Mannheim is authentic, honest, and has a very special mentality. It's my home. I love coming back here.

What started as a love story quickly became an emerging medium-sized company. Even though things weren't so easy at the beginning, the two founders proved time and again that they possessed sound intuition and the courage to venture into the unknown. Alongside radios, waffle irons, and light bulbs, the transformers developed by Pepperl+Fuchs practically sold themselves. But to offer these products on a wider scale, Ludwig Fuchs visited customers in the area on his bike—among them the company Blaupunkt. The first significant contract for Pepperl+Fuchs was concluded with Blaupunkt during an important period for the economy. The upcoming currency reform of 1948 would replace the previously established Reichsmark with the new Deutsche Mark. The standard exchange rate was 100 Reichsmark to 10 Deutsche Marks for active debts, or 100 Reichsmark to 6.5 Deutsche Marks for cash reserves and bank deposits. Blaupunkt wanted to pay in Reichsmark, whereas Pepperl+Fuchs preferred the new Deutsche Mark. Ultimately it was agreed that instead of settling outstanding invoices in Deutsche Marks, Blaupunkt would compensate Ludwig Fuchs by giving him a radio. The company's strong customer focus—which existed even back then—meant that despite its small workforce of just 16 employees at the end of the 1950s, the former radio workshop had grown to 170 employees by the beginning of the 1960s. 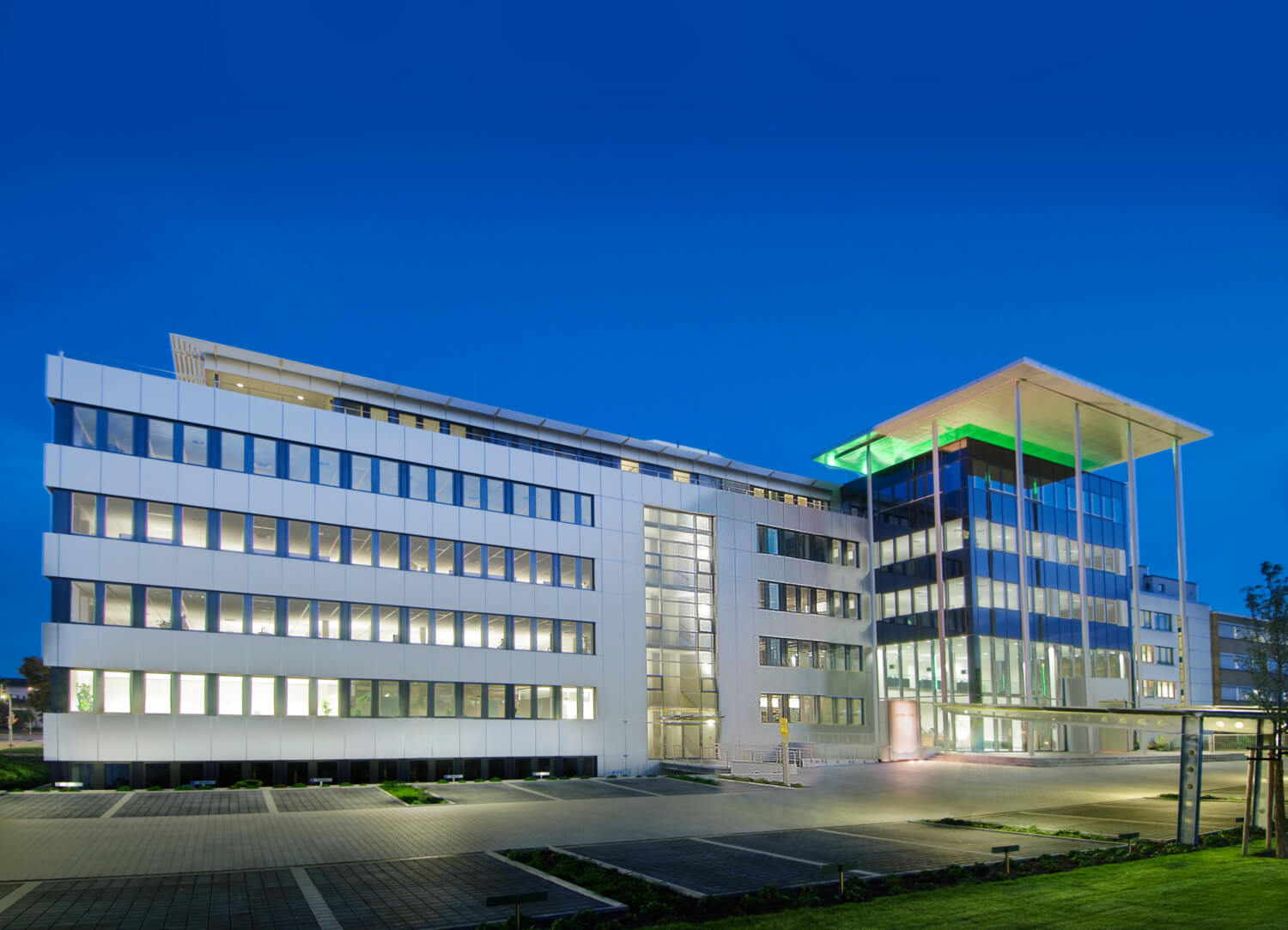 More than 1,200 people work at Pepperl+Fuchs’ company headquarters in Mannheim-Schönau.

From the Inductive Proximity Sensor to Sensorik4.0®

A significant event for the small radio workshop belonging to Walter Pepperl and Ludwig Fuchs happened at the end of the 1950s when chemical group BASF made an order, looking for an alternative to the conventional mechanical contact switch. Pepperl and Fuchs found the alternative: The development of the first inductive proximity sensor laid the groundwork for a success story that continues to this day, and paved the way for further innovations. Today, some 60 years after this groundbreaking invention, the company—along with the wider industry as a whole—is facing new challenges. Networked factories and machines that communicate require fast data connections as well as suitable hardware to receive and process increasing amounts of information. Through its product range, Pepperl+Fuchs creates an interface between the digital and analog worlds, with the aim of realizing the full potential of the "Internet of Things." At the company's headquarters in Mannheim-Schönau, around 1,200 employees are dedicated to making the world a little more "green" every day.

Sweets are as much a part of Mannheim as the water tower or the university. From time to time, visitors might notice a scent of chocolate in the air when the Schokinag chocolate factory or Olam Cocoa are processing cocoa beans. But in addition to chocolate, Mannheim is also known for another sweet specialty.

“Mannheim dirt” is much more appetizing than its name may suggest—it is a pastry that originated in the 19th century. Even today, this popular treat is known for its unique flavor and combination of ingredients: honey, nuts, sugar, candied orange peel, and spices.