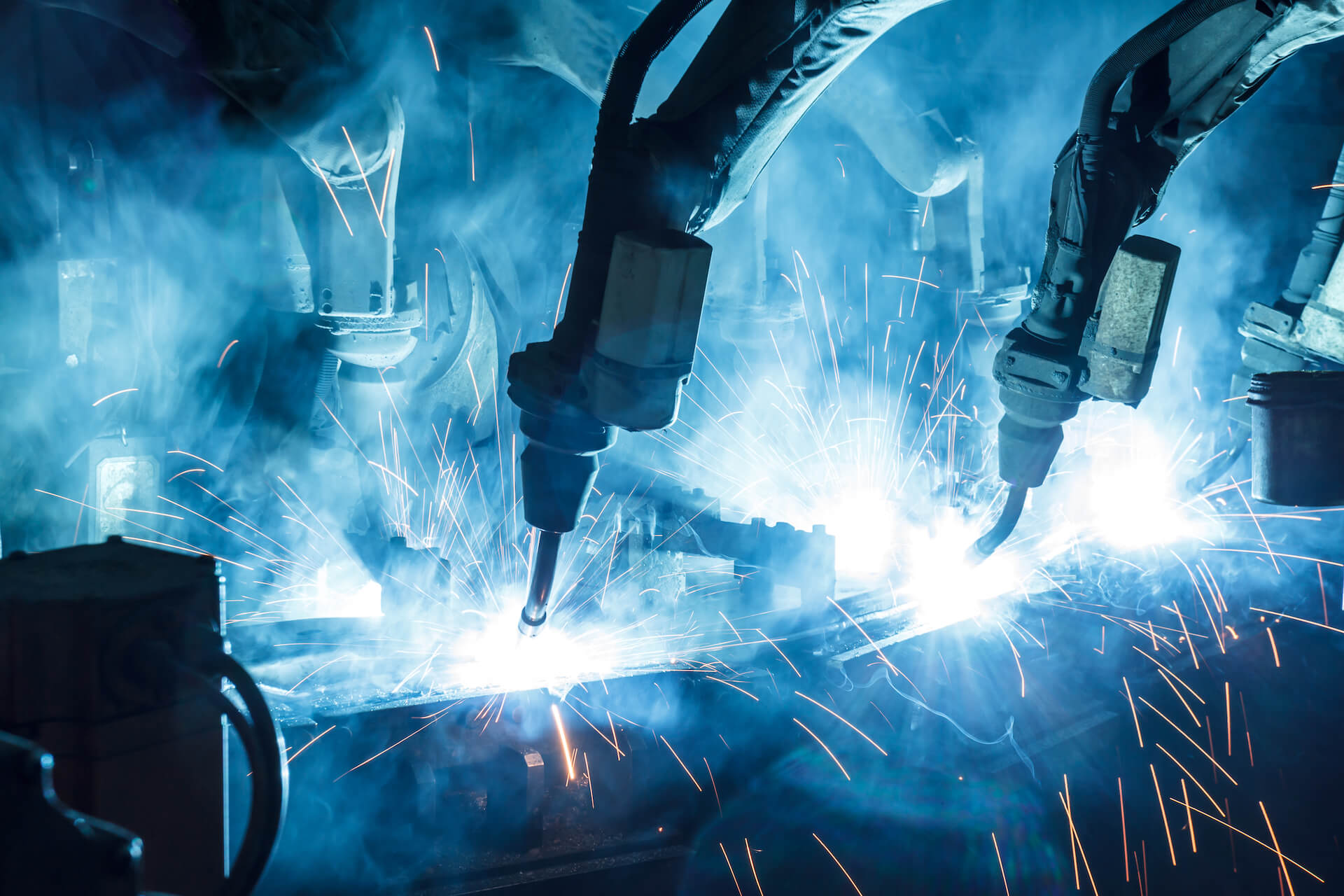 Human language is brought to life by nuance and interpretation, ambiguity and emphasis, imagery and wordplay. Therein lies its charm. Yet when machines and software systems communicate with each other, misunderstandings and semantic differences are far from charming. Instead, they affect business and drive up costs. The eCl@ss standard has emerged as a remedy to this problem that also drives support for Industry 4.0.

"As a native of Baden-Württemberg, I rediscover the difference in how we understand language and words every time I visit Cologne" explains Artur Bondza, alluding to the significant differences between German dialects. As Head of Product Information and Content Management at Pepperl+Fuchs and a member of the leadership team at eCl@ss e.V., Bondza regularly visits the eCl@ss headquarters based in the cathedral city. This is where he and his colleagues in the organization work to develop a standard that leaves no room for ambiguity—at least not when it comes to language and terminology in an industrial context.

The fact that this venture was established in Germany is hardly surprising: "We Germans are known for having a natural affinity for standardization and everything that goes with it. However, eCl@ss has always been considered a transnational topic because its founding members operate worldwide. Members include a number of large companies such as BASF, SAP, VW/AUDI, Renault, and Siemens," says Thorsten Kroke, Head of the eCl@ss headquarters in Cologne. In fact, over 3500 companies around the globe are already using the data standard to classify and clearly describe their products and services.

The spectrum of users ranges from multinational corporations and public organizations to online retailers and medium-sized market leaders like Pepperl+Fuchs. "Our 150 full members alone generate an annual revenue of approximately one billion euros, which is equivalent to the GDP of a country like Mexico," says Kroke, calculating the financial power behind the organization. All 3500 users, whether full members or just licensees, are united by a clear goal—using the ISO-compliant eCl@ss standard for master data to prevent media disruption and guarantee data compatibility. 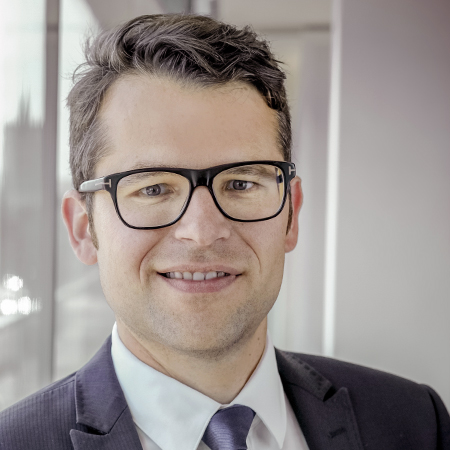 eCl@ss has always been considered a transnational topic because its founding members operate worldwide.

Thousands of Properties for More Transparency

The eCl@ss standard is based on what is currently the largest international standards-compliant repository of features: A total of 18,000 attributes are used to describe items in more than 40,000 product classes. These product classes are, in turn, assigned to 44 segments, from automotive technology to laboratory technology. Drawing on his experiences at Pepperl+Fuchs, Bondza explains how the system works in practice: "Typical features of the industrial sensors manufactured and sold by Pepperl+Fuchs are attributes such as voltage, switching distance, and temperature range. These and other properties are clearly defined in eCl@ss along with the corresponding physical unit. So an item can simply be described as the sum of its features." 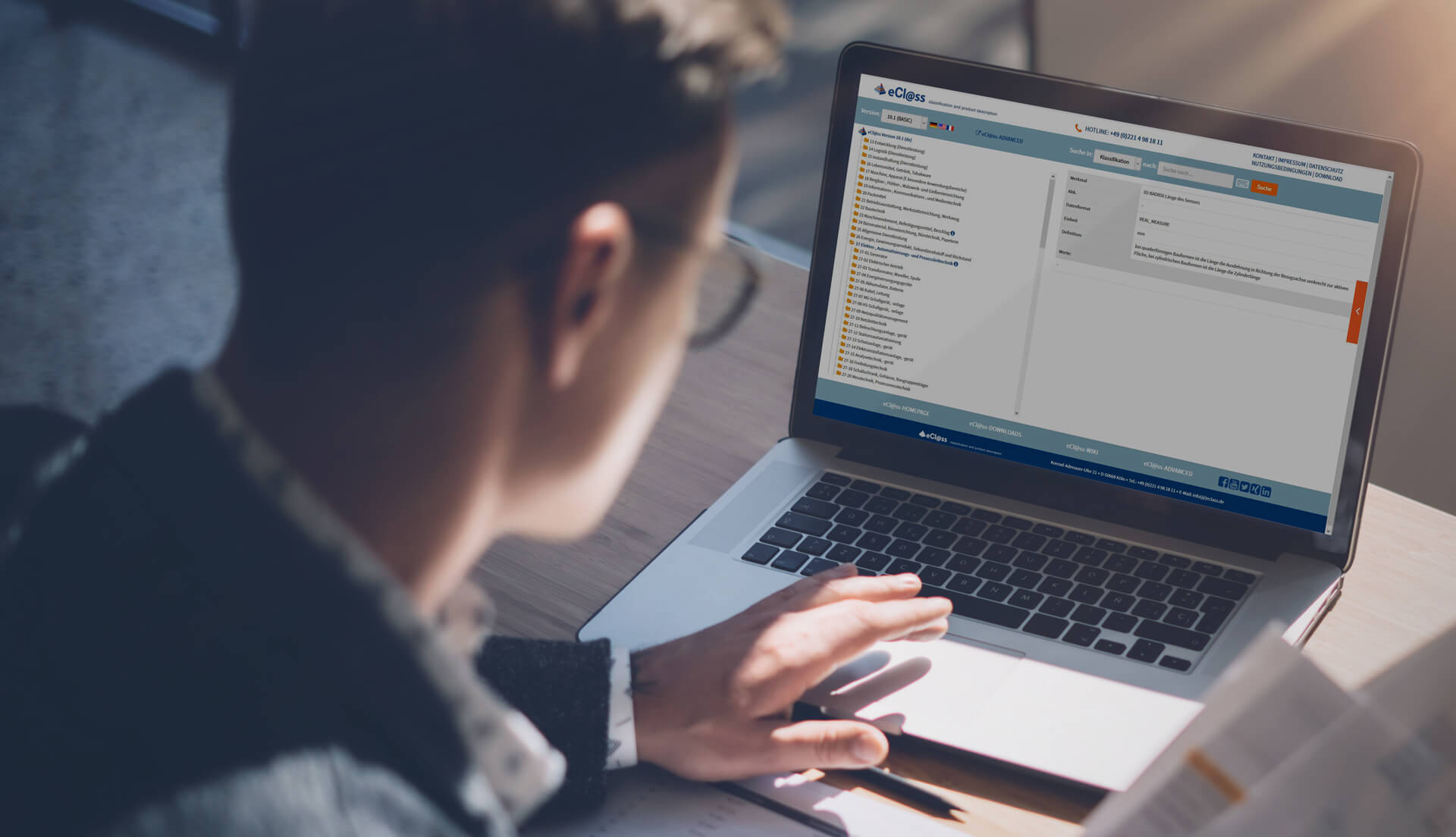 A variety of benefits result for Pepperl+Fuchs customers and other companies. For example, when suppliers offered a functionally similar product in the past, considerable research and recurring coordination with the appropriate department were necessary because of manufacturer-specific product names and differing terminologies. They had to check whether the product actually fulfilled the relevant requirements profile, if there were any barely visible but critical differences, and if the technical datasheet had been accurately translated by the foreign suppliers. "The eCl@ss standard considerably reduces the research required and the associated risk of errors. The products are described in a standardized format within the catalog, making them easy to compare—even in different languages. The buyer can focus on other relevant criteria, such as the price, availability, and delivery time," explains Kroke. Bondza adds a point from his company's perspective: "Pepperl+Fuchs supplies a wide variety of industries, and we have noticed that the demand for the eCl@ss standard is increasing. Even in purchasing departments at large corporations, the standard is becoming a prerequisite for a business relationship. Our customers want to use eCl@ss to buy items directly via their own ERP systems. Manually transferring product master data is becoming a thing of the past." 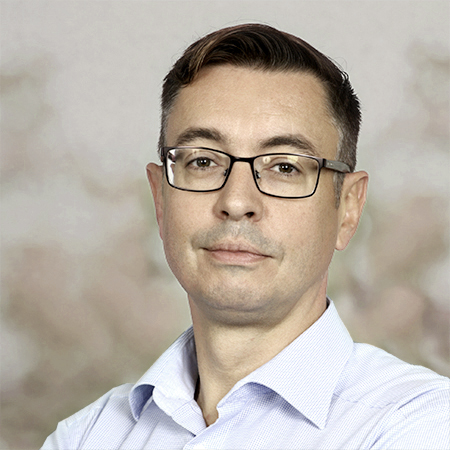 Our customers want to use eCl@ss to buy items directly via their own ERP systems. Manually transferring products master data is becoming a thing of the past.

Head of Product Information and Content Management at Pepperl+Fuchs and a member of the leadership team at eCl@ss e.V.

Warehousing is one of the other business areas that benefits from eCl@ss. When descriptions based on properties are used to define exactly what is available in the warehouse, potential redundancies can be identified and inventory can be streamlined. Sales activities can also be enhanced the moment that standardized eCl@ss data is transferred to electronic catalogs and virtual marketplaces, 24 hours a day regardless of language and location, via BMEcat. Data exports can now take place at previously unimaginable speeds. So how does the eCl@ss organization help interested companies fully utilize the many advantages of the standard? "The members of the organization include several full-time consultants and business analysts who provide important support during the orientation phase. We have also established a network of certified partners that specialize in ERP integration of eCl@ss content. With the help of many association offices worldwide, we are able to effectively represent the interests and concerns of our members and users in Germany and beyond," says Kroke.

The Dictionary for Industry 4.0

But eCl@ss is not just driving change in purchasing departments, warehouses, and sales teams—the data standard is also playing an increasingly significant role on the shop floor. "Of course, eCl@ss has already been used in conjunction with CAE tools to provide information about components, but its scope extends well beyond the implementation of individual flagship projects: eCl@ss is the dictionary for Industry 4.0," explains Dr. Gunther Kegel, CEO of Pepperl+Fuchs and member of the executive board at eCl@ss e.V. 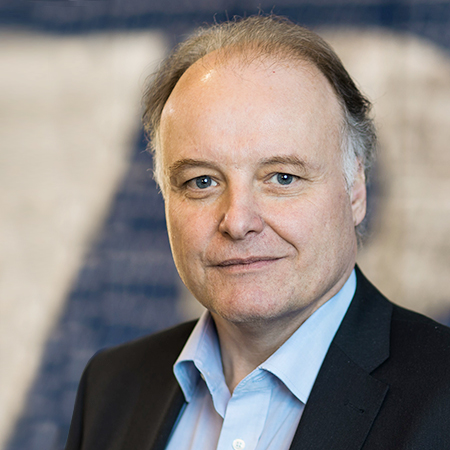 Its scope extends well beyond the implementation of individual flagship projects: eCl@ss is the dictionary for Industry 4.0.

Dr. Gunther Kegel, Chairman at Pepperl+Fuchs and member of the executive board at eCl@ss e.V.

Media disruption during translation between individual system levels has been a recurring challenge for the conventional automation pyramid. However, it has been possible to resolve this issue at the shop floor level by converting one communication protocol into another. The increasing fusion of the shop and office floors is now leading to a paradigm shift, as Kegel explains: "When you look at the RAMI—the reference architecture model from Plattform Industrie 4.0—the relevance of the eCl@ss standard becomes even clearer. If every asset within a manufacturing process, from machines to parts and documentation, needs to be networked, we also need standardized, machine-readable semantics to describe and identify these assets in the first place. Other classification systems are different than eCl@ss because they are limited to specific sectors and industries, which contradicts the all-encompassing network philosophy of Industry 4.0." 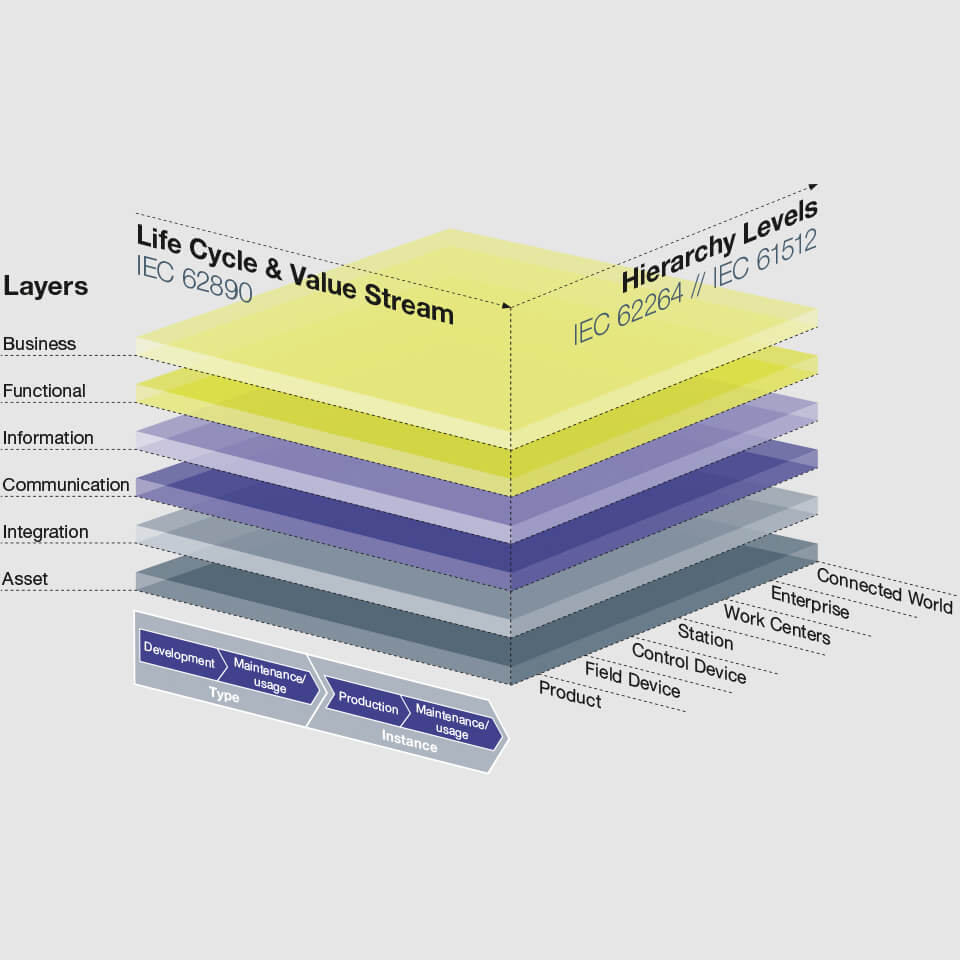 The international registration data identifiers (IRDIs) stored in eCl@ss are crucial to the success of this venture. Developed in compliance with various ISO standards, each element stored in eCl@ss is given a unique coded designation via its IRDI, which is necessary for Industry 4.0 and software representation. At first glance, a character string like "0173-1#02-BAD856#005" may seem impossibly cryptic, but once you understand a little about the IRDI structure you can quickly gather a whole host of information, as described by Bondza: "The '0173' represents the original system in which the designation was created—in this case eCl@ss. '#02' indicates that this property is an object property, BAD856 refers to the specific item, and 005 indicates the internal eCl@ss version of this item. In this case, the IRDI indicates the 'length of an inductive sensor.'" 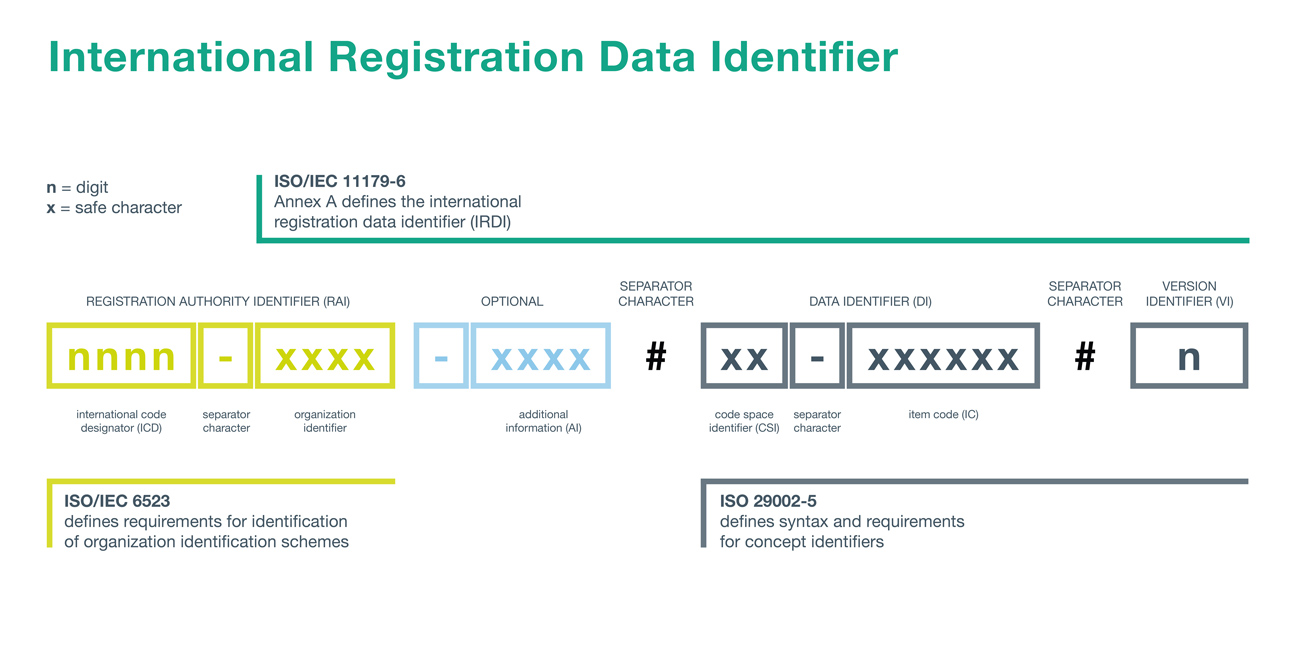 The design of international registration data identifiers (IRDI) explained in an overview.

Sensor Data as a Product

The fact that the feature-based principle behind the IRDIs can be used not only for describing devices but also for mapping sensor functions offers the potential for completely new application fields. After all, an order-driven production line, a versatile factory, and a digital value-adding service all share the need for additional flexibility and interaction between individual automation components. Ironically, this flexibility can be supported by greater systematization, as Bondza explains: "In cooperation with the Pepperl+Fuchs subsidiary Neoception, which specializes in implementing IoT solutions, we've generated a proof of concept that demonstrates a new understanding of sensor data thanks to eCl@ss."

In fact, the physical operating principles of sensors take a back seat in this technical demonstration—from the user's perspective, only the result is relevant, more specifically event counting or the detection of an object, which is transferred to a cloud platform. "I can use an IO-Link light barrier or an IO-Link RFID read head to perform the task of object detection. By mapping the object detection information to the same eCl@ss property, the algorithms of the cloud application continue to function smoothly regardless of the physical sensing principle of the sensors used," explains Bondza. This means new applications could be implemented without referencing the type of data production and sensors could be replaced on the fly in response to changing ambient conditions—all without the need for additional programming in the cloud platform. 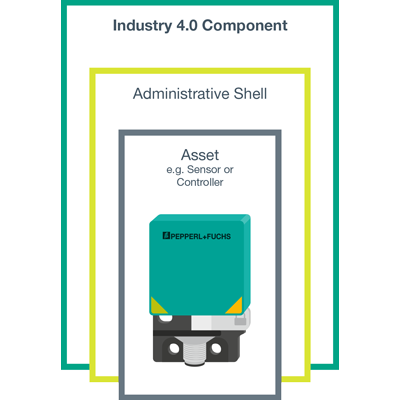 To turn into a connectable, communication-capable Industry 4.0 component, every asset needs a clear description within its administrative shell. eCl@ss offers the semantics required for this.

The work of the entire eCl@ss organization is moving forward in an equally dynamic way. After all, a comprehensive standard like this is not set in stone—it is subject to constant change. The members of the organization operate a dedicated, open content development platform to handle proposals for additional classes and properties that constantly flow into eCl@ss. The suggestions within this forum are first reviewed and evaluated in terms of their usefulness before being used to develop new IRDIs for new entities. Industry 4.0 also aims to map ever more complex products, product versions, and services on a features basis. In addition to all of this, the organization is pressing ahead with collaboration projects with other consortia and potential content providers, while the results of the work on the consensual eCl@ss semantics are being implemented in the ISO and IEC standards.

"We know that eCl@ss is something of a Herculean task," concludes Bondza, but he is confident that the organization is well-prepared to meet this challenge: "The ever-increasing number of users makes eCl@ss more and more comprehensive. New sector knowledge is incorporated, new expert groups form within the organization, and new properties and classifications are created jointly. This open system, which is actively shaped by our members, and the clear advantages of standardized semantics have already made eCl@ss the world's leading standard of its kind and will continue to drive its development."