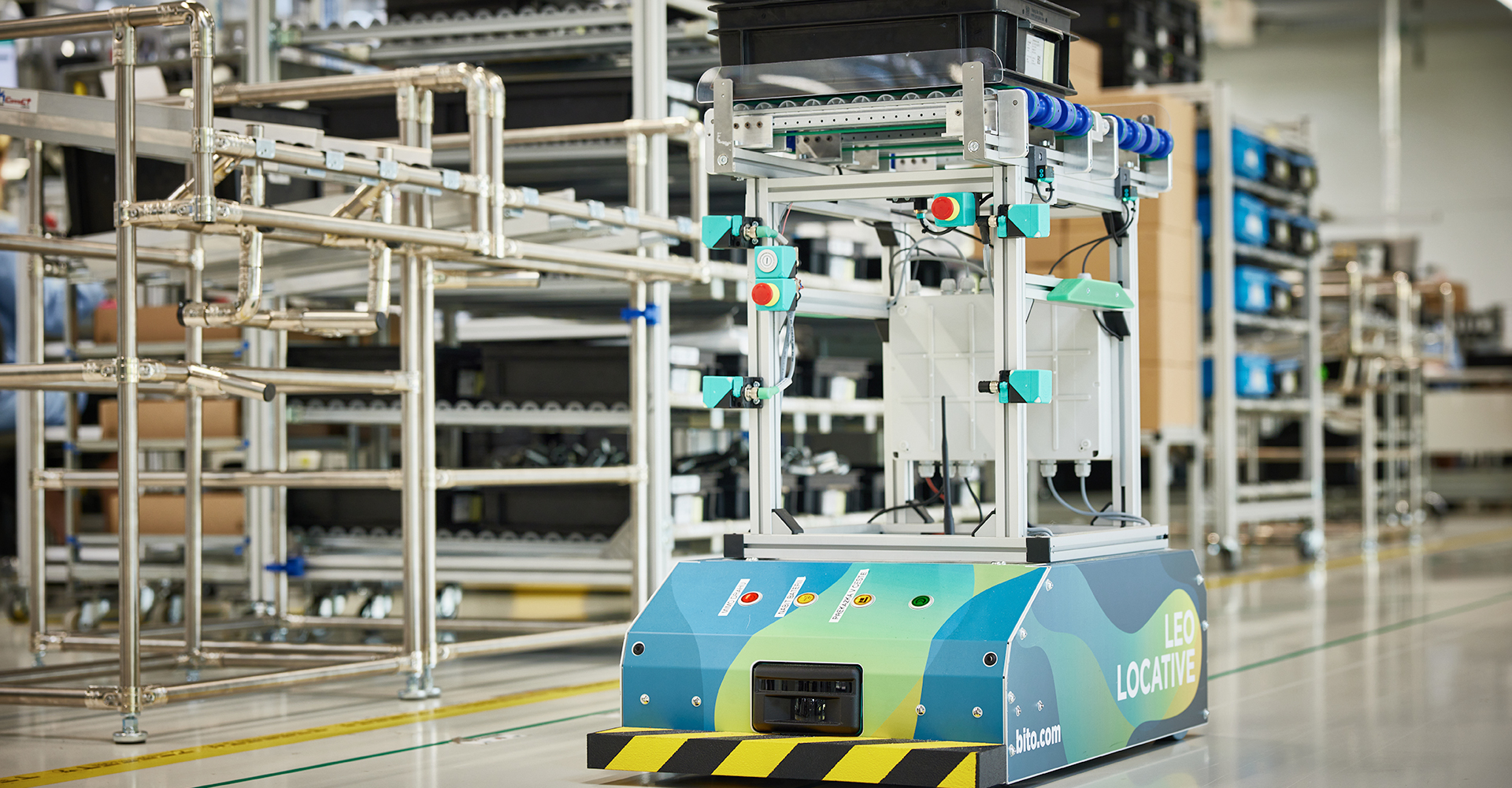 Always on the Move

They move silently through production halls, transporting goods and materials to exactly where they are needed. In times of increasing automation, automated guided vehicles (AGV) are being used more and more frequently in production, warehouse logistics, and production lines. There, they contribute greatly to simplifying everyday work by conserving resources and enabling faster material transport.

The Pepperl+Fuchs plant in Trutnov (Czech Republic) has also been using AGV systems since the beginning of the year. Stepan Potocek is familiar with the challenges that the team faced during the implementation and the advantages that the automated production assistants bring. As a Lean Consultant in the Trutnov facility, he and his team dedicate themselves to leaner and more agile production processes.

Long walking distances and waiting times were previously the order of the day for employees at the Czech Pepperl+Fuchs plant. Production and warehousing were spread over two levels in the old production building, meaning that all goods transport had to be handled using an elevator. "There was only one elevator in the entire building for handling the entire flow of materials and for transporting raw material from the ground floor to the upper floor on a trolley," recalls Potocek. "It wasn't always easy to keep things running smoothly." When it was eventually determined that a new building would be constructed in Trutnov, the Lean Consultant's team had its hands full with optimizing future production processes and logistics from the ground up, saving avoidable walking distances and therefore a lot of time—entirely in line with the Lean Management concept.

A Clear Path for a New Production Concept

After a one-year construction phase, the point was reached in the middle of 2020 where the plant, which primarily manufactures inductive proximity sensors and special sensors, had been relocated to a completely ground-level facility with a production area of 3,000 m², a warehouse of 1,500 m², and 1,500 m² of technical facilities.

"Five months before, we already formed an in-house team of six people who focused on needs analysis and the creation of a new plant design," says Potocek, reflecting on the initial planning phase. The result was a completely new production concept in which practically all manufacturing cells are arranged in a U-shape, each with their own transfer points for raw material, Kanban material, and finished products. Since these special stations are located directly on the main transport route, a basis was also created for using AGVs.

Furthermore, the new building features two roll-up doors that connect production with the warehouse. "In this way, finished goods and empty Kanban boxes can easily be transported on AGVs through one door, and material that is still to be processed through the other door, which is located in the middle of the production hall," he adds. This creates a well thought-out goods cycle that enables the automated RFID-based monitoring of incoming and outgoing Kanban material.

The basis for the new concept and therefore also the search for a suitable AGV solution was the value stream map, which the team had already created during the initial planning phase, explains Potocek: "It maps the future flow of goods and shows which requirements and needs arise for designing the production processes. Based on this analysis, it is possible to derive the number of transport boxes that is needed for the entire production process and the distance that our autonomous vehicles are expected to cover per shift." This finally resulted in a comprehensive analysis sheet that contrasts the requirement for the solution with the available AGV technologies.

The Agony of Choice

The decision whether to opt for a mains or battery-powered system depends entirely on the individual application and requirements. "It quickly became clear to us," says Potocek, "that we were looking for an out-of-the-box solution that did not need any special programming knowledge and could easily be integrated into our new plant concept." 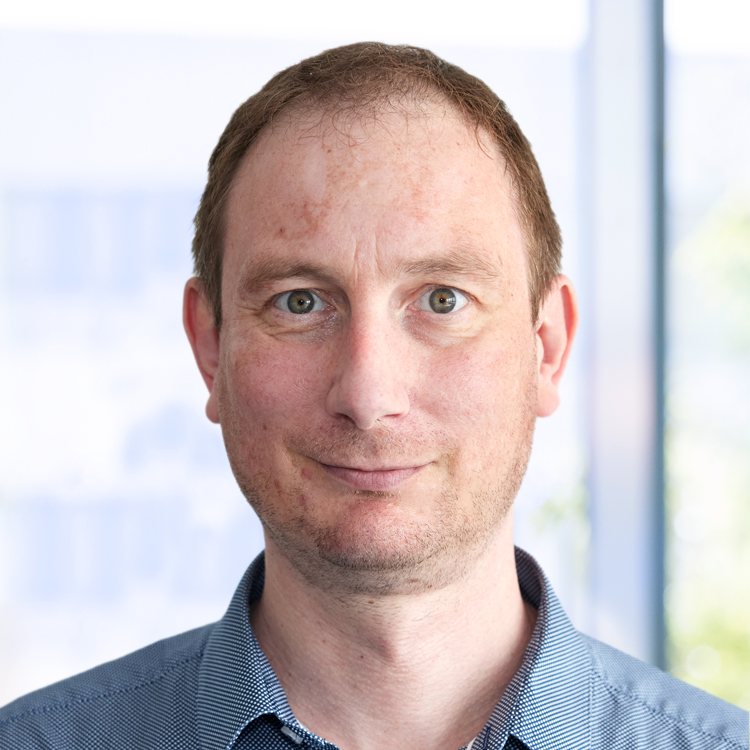 It quickly became clear to us that we were looking for an out-of-the-box solution that did not need any special programming knowledge and could easily be integrated into our new plant concept.

The right solution was quickly found with the LEO Locative AGV. BITO-Lagertechnik Bittmann GmbH, the German company behind LEO Locative, offers compact, flexibly scalable AGV solutions for containers and cardboard boxes that can be controlled decentrally – and, incidentally, do not require WLAN or a master computer. Thanks to optical guidance, travel commands can be transferred easily to the AGV by means of optical markers on the floor.

"In cooperation with the Czech subsidiary BITO skladovací technika CZ s.r.o., we ultimately developed a completely unique system in which all active components are part of the AGV, while the transfer stations act as passive components," remarks Pavel Grund, who accompanied the roll-out from the very beginning in his capacity as EMS Test Support Engineer. "Using this system, we are able to maintain a flexible production environment in which short-term adjustments to production operations can be made easily, without having to consider electronic infrastructure connections," adds Potocek. 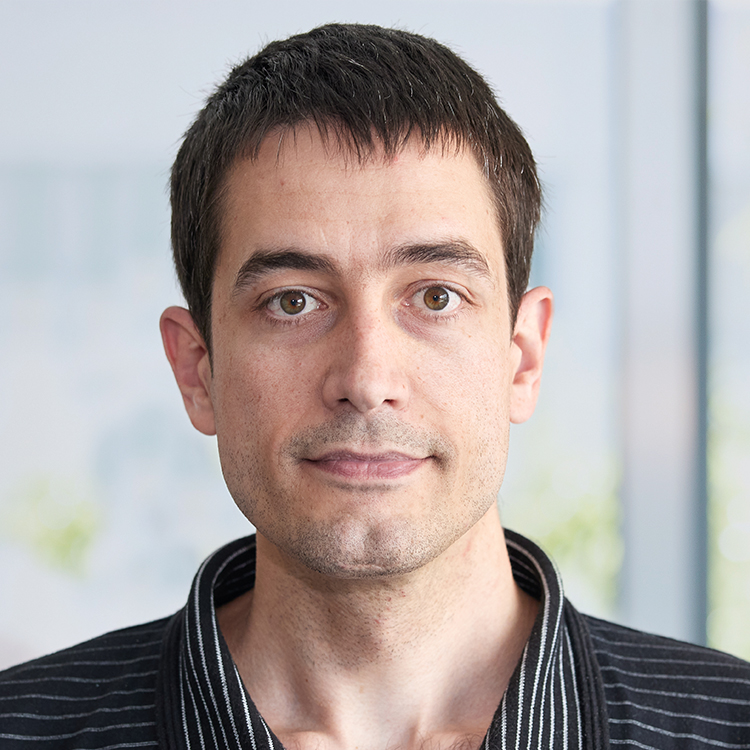 In cooperation with the Czech subsidiary BITO skladovací technika CZ s.r.o., we ultimately developed a completely unique system in which all active components are part of the AGV, while the transfer stations act as passive components.

Before the AGV could be incorporated into the production process, a number of different design and functionality requirements had to be taken into account. For example, the AGVs were equipped with the R2100 2-D-LiDAR sensor from Pepperl+Fuchs to ensure reliable detection of the surroundings and to avoid collisions. "Our PGV (Position Guided Vision) DataMatrix positioning system is used for the optical tracking of the AGV," explains Grund. This consists of a camera system with an integrated lighting unit, which reliably detects color tapes and DataMatrix code tapes attached to the floor, even in tight bends. The GLV18 series diffuse mode sensor, in turn, monitors the loading operation and sends a start signal to the AGV to move on to the next stop.

But that's not all: In order to take the Kanban principle into account, the system has been expanded with additional components as well as an RFID system. Among these components is the VariKont L series inductive sensor, which reliably detects whether the AGV is inside or outside the transfer station. Once there, the ML100 retroreflective sensor with integrated background suppression monitors the loading operation and detects whether the boxes have been correctly positioned so that they do not fall off during further transport.

An RFID read/write head from the F190 series and an IDENTControl control interface are attached to each side of the two roll-up doors. The transport vehicle has an RFID tag that triggers the roll-up door to open as soon as the AGV approaches. Kanban boxes are also equipped with their own RFID tags so that material flow can be monitored at all times.

The Czech team was therefore able to develop an intelligent, intralogistics concept where long journeys and searching for materials are now a thing of the past. Potocek sums it up: "Thanks to the LEO Locative AGV and the perfectly matched sensor technology, we not only save time, but also reduce the risk of accidents many times over so that neither people nor materials come to any harm."